Read about our response to COVID-19 outbreak 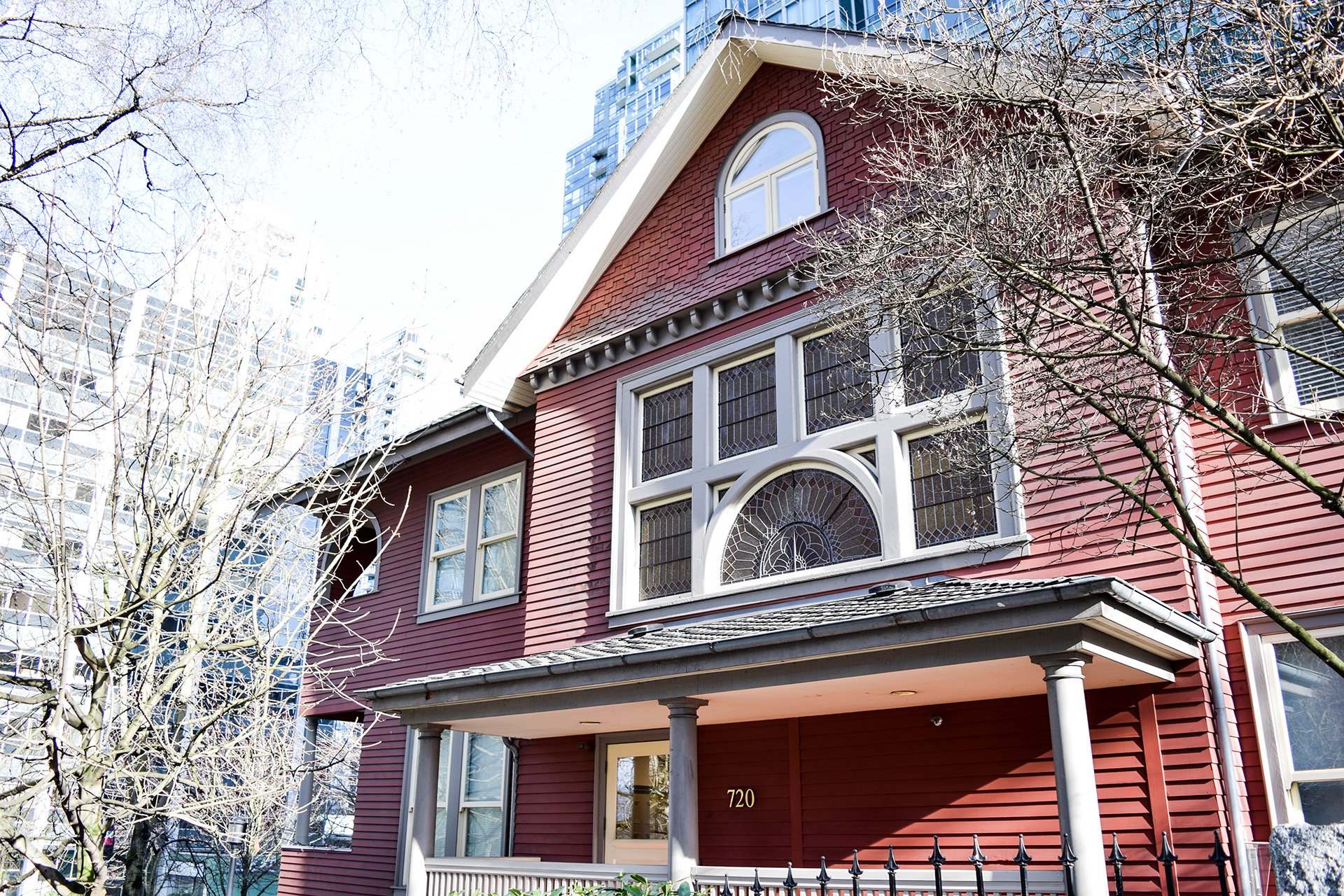 In 1897, the area that is now comprising the Residences on Georgia and the Palisades, the modern residential towers in the Downtown Vancouver, was known as Blueblood Alley – the predecessor of modern-day Shaughnessy. The Abbott House at 720 Jervis Street, at the corner of Jervis Street and West Georgia Street, was built for Harry Braithwaite Abbott upon his retirement as General Superintend of the CPR’s (Canadian Pacific Railway) Pacific Division.

Harry Abbott lived in Abbott House with his family from 1897 until his death in 1915. The restored structure is the last survivor of the many impressive dwellings that stood along Georgia Street at the turn of the century. Early photography belonging to descendants show the home as it was during its glory days, with the central gable and beautiful art-glass fan window.  Exterior walls were faced in horizontal-lapped wood siding and sat high on stone footings. According to Harry’s granddaughter Ms. Margaret Abbott, the house was painted the very dark “CPR red” it is today.

Inside, Abbott House was truly impressive. A two-storey reception hall with its panelled wood walls, fireplace, billiard table, large Chinese urns, tiger skin and panelled stairway, was the heart of the home. Since those grand days however, several owners, a shoddy conversion to an 11-suite rooming house, a fire, a ghastly exterior stucco job and other such tragedies, reduced Abbott House to a mere shadow of its former self. It wasn’t until the property was acquired by the Pacific Palisades Hotel in 1988, that historians had hope of seeing Abbott House return to its Victorian glory.

Today, Abbott House is fully restored and has been designated by the City of Vancouver as a “Heritage A” building, the highest ranking on the City’s heritage register.  On the outside it looks exactly like it did in 1897, when it was originally built, including the CPR’s dark red colour and the magnificent stained-glass windows.

On the inside, it has been converted to accommodate 5 modern condos, but it still retains much of its original Victorian style character, including a 2-storey entry hall with wooden stairs and railings, high ceilings and curved bay windows.

More photos of the furnished apartments at the Abbott House offered for extended stay rentals can be found at the following link: https://vancouverextendedstay.com/heritage-house-apartment-4/

Below is a copy of the first two pages of The Vancouver Sun issue from Saturday, April 4, 1998, written by Steve Whysall. Historians, long term Vancouver residents and truly anyone appreciating heritage properties will find it very interesting. After all, it is not every day that we get to read newspaper articles written over two decades ago.